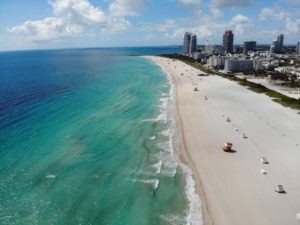 Xscholarship has made good research on how to study in Florida at low costs as well as compiled a comprehensive list of the 10 cheapest universities in Florida 2023 for International Students,

Florida excels in college education, and students who want quality academics can find it in any of the cheapest universities in Florida for international students.

Below, we’ve produced a list of the top 10 cheapest universities in Florida 2023 for international students.

The University of West Florida is home to five academic colleges, offering a variety of bachelor’s and master’s degree programs, as well as specialist degrees and a doctorate in education

With a student population of nearly 13,000, an average class size of less than 40, and a 49% acceptance rate, the University of West Florida has committed itself to provide a close-knit academic experience and is consistently named a top “military friendly” University. It is currently ranked the 800th best university in the World.

Set on a natural reserve in wild Pensacola, the 1,600-acre campus of this top university in Florida consists of rolling hills and woodland areas that run alongside the scenic Escambia River.

The coastline of Pensacola Bay also makes UWF’s underwater archaeology program one of the most prestigious in the world. The rich resource draws researchers and grants money from around the globe to fund excavations in which both graduates and undergraduates can participate.

ALSO CHECK OUT:  University of Cincinnati Acceptance Rate and How To Get In Very Easily

The University of South Florida is one of only three top Florida colleges to receive top-tier research classification by the Carnegie Foundation for the Advancement of Teaching. It is also one of the cheapest Universities in Florida for International Students which is ranked 45th in the nation for research expenditures among all universities, public or private

With an annual budget of over $1.6 billion, this impressive institution supports an incredibly high level of research and education across three campuses. Tampa is home to most of the doctoral research at the University of South Florida, as well as the colleges of nursing, medicine, public health, and pharmacy.

The waterfront campuses at St. Petersburg and Sarasota are more intimate, but they still offer a combination of over 40-degree programs, including nationally recognized digital media/journalism and hospitality programs.

The University of South Florida comprises 14 colleges offering more than 180 undergraduate majors and concentrations—with some of the most populated colleges being USF Health, Arts & Sciences, Business, and Engineering.

They also have numerous degree programs at the graduate, specialist, and doctoral levels, including the doctor of medicine.

USF prides itself on being a high-impact global research university dedicated to student success.

Founded in 1963, the University of Central Florida and its 13 colleges offer over 216 degrees.

Ranked a top up and coming university by U.S. News, UCF has attracted national attention with an exceptional 70% graduation rate and an impressive 20-year net ROI of more than $300k. UCF is hands down one of the best colleges in Florida;

In addition to being a space-grant institution, the school is also known for being the best colleges in Florida for International Students and also its contributions in optics, simulation and modeling, digital media, engineering, computer science, and more.

The University of South Florida is ranked 171st according to the National University ranking and has a 48.6% acceptance rate. It is ranked 482nd best University in the World. It is also among the listed cheapest Universities in Florida for International Students

Founded in 1851, Florida State University is not only one of the top colleges in Florida; it is also the oldest continuous site of higher education in the state.

FSU is accredited by the Southern Association of Colleges and Schools (SACS) and features nationally ranked programs in business, engineering, medicine, social policy, and more.

But FSU offers more than just a historical tradition of academic excellence: on its 500-acre campus, FSU hosts everything from NCAA Division I athletics to the FSU Museum of Fine Arts (FaMo), as well as student media groups that include both radio and television programming.

Florida International University is Miami’s first and only public research university.  FIU is not only one of the best universities in Florida; among 191 programs of study and 280-degree programs, FIU houses the 6th highest ranked international business program in the U.S.

And with a net price of just over $11K, it’s an attractive choice for all the top students in Florida. According to the World University ranking, the Florida International University is ranked 401-500th in the World for 2018 and has a 50% acceptance rate.

The University of Florida is classified as a Research University with Very High Research by the Carnegie Foundation for the Advancement of Teaching.

It is also among the listed Cheapest Universities in Florida for International Students with an impressive 88% graduation rate.

With a top 15 ranking out of all public universities in the country (according to the U.S. News), and membership in the Association of American Universities (the only elected member in the state), the University of Florida is easily one of the top colleges in Florida. This prestigious, historical college boasts a 2,000-acre campus with over 19 historical academic buildings, dormitories, and churches alongside world-class modern athletic and performance facilities, you can be certain that the University of Florida will put you on the path to success in your education, degree, and career. It has a relatively low acceptance rate of 36.3% and it is ranked 143rd best University in the World according to the 2018 World University rankings.

ALSO CHECK OUT:  Study at Welch College 2022: Tuition, Scholarships and Costs Of Living

Florida Agricultural and Mechanical University is the only public, historically black college in the state of Florida, and also one of the largest in the nation by enrollment.

FAMU is also a member school of the Thurgood Marshall College Fund, which financially supports nearly 300,000 African-American students around the country in their pursuit of higher education. Combined with already low tuition, this makes FAMU an attractive choice for students looking for a rigorous and affordable college in Florida.

With a 51% acceptance rate, FAMU is ranked 501-600th in the world by World University ranking.

Florida Memorial University is a great resource for ambitious students of color looking for an affordable Florida college. Founded in 1879, this vibrant, historically black college is also one of only 40 members of the United Negro College Fund, which provides educational assistance based on race and need.

But FMU is more than just a good deal; owing to rigorous curriculum and extensive career resources, FMU graduates have the 6th-highest starting salaries in the state. It’s no wonder they have such a competitive acceptance rate; at just 24%, you’ll need strong credentials to even be considered. This is also one of the Cheapest Universities in Florida for international students.

Located in quaint Lake Wales, Warner College is the picture of an intimate, Christian liberal arts college. This cozy campus features just 1,200 students in a spiritual community affiliated and integrated with the Church of God. Warner offers spiritual and ministry services to students alongside 20-degree programs in religious and academic programs.

It is among the Affordable Universities in Florida and also has a 51% acceptance rate and is ranked 45th by the regional college’s south rankings.