Do you wish to study in Texas? If yes, read on to know the 10 cheapest universities in Texas 2023, their admission, acceptance rate, world rankings, and tuition fees. 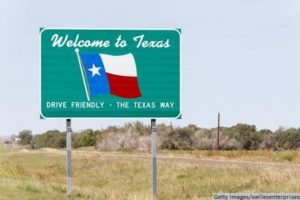 Texas USA is one of the cities in the United States that has played host to the success stories of Americans and World Heroes. Despite the fact that studying in  Texas is quite costly, there are still a number of the cheapest Universities in Texas for International Students.

Xscholarship has compiled a detailed list of the 10 cheapest universities in Texas 2023, admission, acceptance rate, world rankings, tuition fees, world ranking, cost of living, and your opportunities to study. etc

Below is the list of cheapest universities in Texas

South Texas College (STC) is a public community college located in the Rio Grande Valley region of South Texas. It was established on September 1, 1993.

The college has also developed two intensive academic programs for students interested in pursuing degrees in the medical and engineering fields,

Each consists of concentrated two-year programs of study and internship opportunities for qualified students to pursue an Associate of Science degree during their junior and senior years in high school.

The South Texas College has an in-State Tuition of $2,330. The University tops the Chart of Cheapest Universities in Texas

Lamar University (Lamar or LU), is a public doctoral/research university that was established on September 17, 1923. It has an official website at www.lamar.edu.

Lamar University is considered a National University by the U.S. News & World Report’s 2015 ranking and is ranked as 602 in Forbes’ 2014 America’s Top Colleges report. Lamar University has an in-State Tuition of $5,664

Brazosport College (BC) is a public coeducational college, established in 1968. It is located in Lake Jackson, Texas in Greater Houston and offers two-year and four-year degrees.

It has an official website at brazosport.edu. Brazosport College has affiliations with SACS. The following divisions comprise the Brazosport college:

ALSO CHECK OUT:  Acceptance Rate at UNC-Chapel Hill and How to Get Accepted Easily.

Midland College (MC) was established in 1972  in Midland, Texas, United States. Its official website is at www.midland.edu. MC offers 100+ degree, certificate programs, and a variety of Continuing Education programs.

A total of 4 master’s degrees and 11 bachelor’s degrees, plus Midland College’s Bachelor of Applied Technology in Organizational Management and two teacher certification programs, are now offered at the Midland College campus.

The Midland College has an in-State Tuition of $3,360

The Tarleton State University has an in-State Tuition of $3,900

Angelo State has been named one of “The Best 380 Colleges” by The Princeton Review nine consecutive times. Of over 3,000 universities nationwide, Angelo State University was ranked 85th in endowment funds per student.

Angelo State’s Carr Academic Scholarship is one of the most endowed academic scholarships among all regional universities in the nation. It is available to all high academic achievers regardless of family income.

The amount of aid awarded is based on academic qualifications including the students’ high school GPA and SAT or ACT scores.

The Angelo State University has an in-State Tuition of $3,965

Texas A&M International University (TAMIU), is a public co-educational university established in 1969 and has an official website at www.tamiu.edu.

This is a university that any international Student will love to attend.

The Texas A & M International University, Laredo has an in-State Tuition of $4,248

9 The University of Texas of the Permian Basin, Odessa

The University of Texas of the Permian Basin (UTPB) is a public university established in 1973. Its motto states, “Education, the Guardian of Society” and has an official website at www.utpb.edu.

The university offers bachelor’s degrees and master’s degrees, through its five colleges and schools including:

The University of Texas of the Permian Basin has an in-State Tuition of $4,312

The university has programs in engineering, agriculture, wildlife, music, and the sciences and developed the nation’s first doctoral degree in bilingual education. The Texas A & M University, Kingsville has a State Tuition of $4,366