As a medical student, you certainly want to bag an MBBS. But is Canada your dream destination? Are you curious to know if Canada offer MBBS in 2022? Then I suggest you read this through. 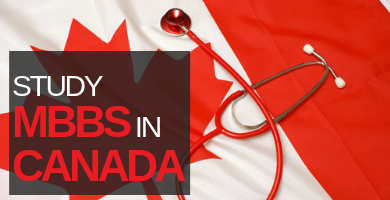 What is an MBBS?

The MBBS is a degree awarded upon graduation to medical students.

In more words, Medicine and surgery offer the MBBS as its first two professional degrees. The MBBS serves as the initials to Medicinae Baccalaureus Baccalaureus Chirurgiae in Latin. This translates to a Bachelor of Medicine, Bachelor of Surgery in the English language. Like already said before, medical students only receive this degree upon graduation. That is graduation from a medical school.

These countries award Doctor of Medicine (MD) or Doctor of Osteopathic Medicine (DO) as the equivalent of the MBBS. Only the USA awards the DO.

A brief history into the Bachelor of Medicine

More recently, some countries that award bachelor’s degrees in medicine also award Doctor of Medicine as well. The Doctor of Medicine denotes a holder of a higher doctorate. It is conferred after a medical practitioner must have done the research and have submitted its thesis as well in the field of medicine. The degree shows that you have made an impact on medical research. However, the title of “Doctor” or “Dr.” also addresses holders of the Bachelor of Medicine, Bachelor of Surgery degree. Whether or not they also hold a Ph.D. or DSc is irrelevant. Every medical graduate has the right to use the “Doctor” title. However, it is only after he or she has registered as a medical practitioner by the relevant professional body. The possession of an MBBS doesn’t grant you the title.

In many countries, the MBBS degree is awarded after a five or six years undergraduate course. Most universities offering medical degrees provide undergraduate courses lasting six years. In some cases, a graduate of another discipline may subsequently enter a special graduate-entry medical course. The course is for a reduced time duration. Relevant learning skills acquired during the first degree accounts for the reduced time. In some cases, the first-year basic science courses (for six-year degrees) have been abolished. Physics, chemistry, and biology are no longer necessary. School examinations had to reach that standard before entry. However, in most countries, a newly graduated Bachelor of Medicine and Surgery student must spend a specified period in Internship. All licensed Practioners must have done their internship and also registered. The practitioner registers in his or her own organizational body. It is usually within the area of residence/work.

ALSO CHECK OUT:  Universities in Ukraine with Low Tuition Fees 2022

Certainly, you want to know it Canada offers MBBS degree.

It is no doubt that Canada is a first-class destination for academic excellence. For this reason, the country receives a lot of international students seeking admission annually. One of the most sought after course being medicine. Many international students hope to get an MBBS degree from Canadian Institutions.

However, Canada does not offer MBBS degrees.
Medical schools in Canada do not confer the MBBS degree upon its graduates.

Rather, they confer a Doctor of Medicine (MD) on their graduates. This might sound unpleasant. However, does not reduce their quality of education.
Medical schools in Canada.
In Canada, a medical school is a faculty or school of a university that trains future medical doctors. It offers a three-five year Doctor of Medicine (M.D.) or Doctor of Medicine and Master of Surgery (M.D., C.M.) degree. Most students go for medicine after having earned another degree. This reduces the time duration to three years. However, Canada still considers the M.D. an undergraduate degree. There are currently seventeen medical schools in Canada. Some of them, also offer two-year bachelor’s or master’s degrees to train physician assistants.

Admission Into Medical Schools In Canada.

Generally, medical students begin their studies after already receiving a bachelor’s degree. Most often, the degrees are in the biological science-related fields. However, not all medical schools in Canada require a bachelor’s degree for entry.
For instance, Quebec’s medical schools accept applicants after a two-year CEGEP diploma. The diploma is the equivalent of the first year of university in other provinces. In Western Canada, most faculties require at least 2 years. In Ontario, most faculties require at least 3 years of university study before application into a medical school.

Individual medical schools make admission offers. It is made generally on the basis of a personal statement. They also consider undergraduate (GPA) records, Medical College Admission Test (MCAT) and interviews. Medical schools in Quebec, the University of Ottawa, and the Northern Ontario School of Medicine do not require the MCAT. Some schools, such as the University of Toronto and Queen’s University, use the MCAT score as a cut-off, where sub-standard scores compromise eligibility.

You can also check out a list of other Scholarships In Canada.

Follow us on Instagram to get updates on Fully Funded Scholarship Opportunities in Europe and America
READ ALSO: Free Accredited High School Diploma Online for Adults