This post will reveal Oxford University acceptance rates for undergraduate, postgraduate, and Law related courses inclusive of other mandatory requirements of the University in 2021. 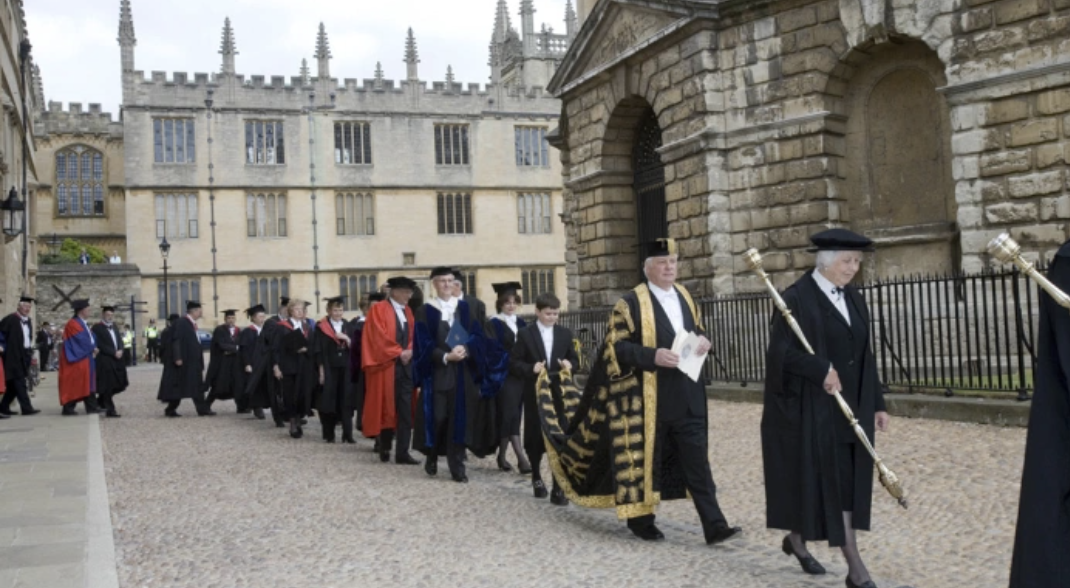 From 1167 when Henry II banned English students from attending the University of Paris, the university grew rapidly. Students had conflicts with Britain citizens and students in 1209 which led some scholars to flee to Cambridge which resulted in the establishment of the University of Cambridge. The two “old universities” are often referred to jointly by “Oxbridge”.

The University is home to a variety of institutions which includes 38 constituent colleges, six permanent private halls, and a range of academic departments, which are organised into four divisions..

All colleges under Oxford University are autonomous institutions each of which controls its members and has its structures and activities. There is no main campus, and its buildings and facilities are scattered throughout the city centre. Undergraduate teaching consists of mall-group tutorials at the colleges and halls, lectures, seminars, laboratory work and occasionally further tutorials provided by the central university faculties and departments. Postgraduate teaching is provided predominantly centrally.

Oxford owns the world’s oldest university museum, the largest university press in the world and the largest academic library system nationwide. In the fiscal year ending 31 July 2019, the university made a total income of £2.45 billion, and £624.8 million was from contracts and research grants.

Oxford University is highly famed for offering one of the best courses in the world and honestly speaking the competition for undergraduate admission into the University is intense. Notable alumni includes many heads of state and government around the world and 28 prime ministers of the United Kingdom. As of October 2020, 3 Fields Medalists, 72 Nobel Prize laureates, and 6 Turing Award winners have studied, worked, or held visiting fellowships at the University of Oxford. Addictionally, its alumni have won 160 Olympic medals

Averagely, Oxford University receives more than 20,000 applications for approximately 3,250 seats each year. The Rhodes Scholarship, one of the oldest international graduate scholarship programmes, is offered at Oxford.

The university does not have a main campus. It is referred to as a “city university”. Colleges, departments, accommodation, and other facilities are scattered throughout the city centre. The science departments are located in the Science Area and that area bears closest resemblance to a campus.

Iconic university buildings include the the Sheldonian Theatre used for music concerts, Radcliffe Camera, lectures, and university ceremonies, and the Examination Schools, where examinations and some lectures take place.

Like most British universities, prospective students apply through the UCAS application system. However, prospective applicants for the University of Oxford, along with those for medicine, dentistry, and University of Cambridge applicants, must submit their application before an earlier deadline of 15 October. According to the Sutton Trust, Oxford University and Cambridge University recruit disproportionately from 8 schools which accounts for 1,310 Oxbridge places during three years, contrasted with 1,220 from 2,900 other schools.

ALSO CHECK OUT:  University of the Fraser Valley Tuition 2022: Scholarship and Cost of Living

Most applicants apply to one of the individual colleges, and these colleges work with each other to ensure that the best students get admitted to the university regardless of their college preferences. Shortlisting is based on predicted exam results and achieved school references, and, in some subjects, written admission tests or candidate-submitted written work. Dependingon subject, approximately 60% of applicants are shortlisted.

In a situation whereby a large number of shortlisted applicants for a subject choose one college, then students who named that college may be reallocated randomly to under-subscribed colleges for the subject. The colleges will then invite shortlisted candidates for interview in december, and they are provided with food and accommodation for around three days. Most applicants will be individually interviewed by academics at more than one college while students from outside Europe or international students can be interviewed over the Internet.

Admission Offers are usually sent out in early January, and each offer is usually from a specific college. One in four successful candidates receives an offer from a college that they did not apply to. In few cases, some courses may make “open offers” to some candidates who are not assigned to a particular college until A Level results day in August

Search engine results show that Oxford has an acceptance rate of 17.5% while the Cambridge acceptance rate 21% indicating that the latter is more prestigious. More than 23,000 people applied for undergraduate study in 2020 and over 34,000 people applied for graduate study. Oxford usually has around 3,300 undergraduate places and about 5,500 graduate places each year. Politics, Philosophy, and Economics course received the maximum number of applications (2,219). Admissions were offered to close to 3,840 applicants, and over 86% accepted the offer and enrolled in University of Oxford.

The admissions process for 2021 follows the usual timeline:

Compared to American universities, Oxbridge has the minimum requirements which allow prospective students to apply but if you don’t meet the minimum initial requirements, your request will be returned.

It should be noted here that you can only apply to Oxford or Cambridge, not both. However, US colleges actively advertise and recruit students to apply, many of which are nowhere near qualified. In general, it is limited to requesting only five universities in the United Kingdom, since in the United States there is no limit to the number of schools to which you can apply. (THIS LINE TO STILL BE EDITED)

ALSO CHECK OUT:  What is Reform School: History, Facts, and Secrets

The acceptance rate of Oxford University changes every year. However, around 43% of the total student body is made of International students, which equals to almost 10,000 students. This international body is further divided into:

The graduate programs offered by the University of Oxford fall into two main categories namely research programs and teaching programs.

Students participate in research programs under academic supervision and meet regularly. Supervisors provide advice on the specific project, the nature of the research, the methods of data collection, and the expected standards.

As part of their research degree, students often attend courses on specific research skills as well as a range of seminars and lectures. Taught programs usually involve a range of core and optional courses and the submission of a dissertation.

The evaluation can be for coursework, as well as for exams and dissertations. The study is supported by seminars and conferences. Offer numbers include all conditional or unconditional offers made by academic departments or faculties.

There is no specific figure to show for the University of Oxford Ph.D. acceptance rate, but from the detailed explanation above, concerning the graduate acceptance rate you can know how the school admits for the Ph.D. program.

Oxford is one of the foremost international universities in the world. Today, one-third of its students, including 17% of undergraduates, are international citizens and come from over 150 countries. Oxford welcomes applications from international students.

University of Oxford US Acceptance rate?

Gaining admission to the prestigious Oxford University is difficult for everyone, but it seems to be harder for Americans. On average Oxford has about a 16% admission rate, but for Americans, it is just under 9%. almost half the average.

According to Wikipedia, The Faculty of Law, Oxford is the law school of the University that has a history of over 800 years of teaching and writing law. It also offers the largest doctoral program in Law in the English-speaking world. The faculty is part of Oxford’s Social Sciences Division.

ALSO CHECK OUT:  Carleton College Acceptance Rate and How To Get In Very Easily

Oxford’s law school is one of the most prestigious law schools in the world, with an acceptance rate of around 8%. It is currently ranked first in the world in the 2019 Times Higher Education World University Rankings.

While studying at Oxford, there are many opportunities for students to receive financial help . The Oxford Opportunity Bursaries, which was introduced in 2006, are the university-wide means-based bursaries available to any British undergraduate, with a total possible grant of £10,235 over a 3-year degree. In addition, individual colleges also offer funds and bursaries to help their students.

For graduate study, there are many scholarships attached to the university, available to students from all sorts of backgrounds. These includes the Rhodes Scholarships, the relatively new Weidenfeld Scholarships, and the Clarendon Scholarship which is open to graduate applicants of all nationalities. In association with colleges and other partnership awards, the Clarendon Scholarship is principally funded by Oxford University Press. The Oxford University announced In 2016 that it will run its first free online economics course as part of a “massive open online course” (Mooc) scheme, in partnership with a US online university network. The course available is called ‘From Poverty to Prosperity: Understanding Economic Development’.

As a result of a long-standing endowment, students successful in early examinations are rewarded by their colleges with scholarships and exhibitions. This happens since the introduction of tuition fees which has made the amounts of money available purely nominal. In some colleges, exhibitioners and scholars are entitled to wear a more voluminous undergraduate gown; while “commoners” (originally those who had to pay for their “commons”, or food and lodging) are restricted to a short, sleeveless garment.

In conclusion, if you wish to study in the UK, Oxford University should be your first choice of school. Hence, before you apply to this prestigious school, knowing the University of Oxford acceptance rate 2021 will guide you to know your chances of getting admitted into the school.

Therefore, this article contains detailed information about the University of Oxford acceptance rate for Undergraduates, graduates as well as international students.

Is it easier to get into Oxford in 2021?
The chances of obtaining an offer from Oxford or Cambridge (before confirming your course and college choice, writing your potential admissions test, and been invited up for interview) are roughly 17%, a figure that comes from around 46,000 applicants for 8,000 places at the two universities (for 2021 entry.
What is the acceptance rate for Oxford University?
Oxford has an acceptance rate of 17.5% while the Cambridge acceptance rate 21%
Can I get into Oxford with a 3.5 GPA?
The average GPA requirement at the University of Oxford is 3.63.

Study at the University Of Oxford Uk.

Clarendon Scholarships 2021 at University of Oxford ( How to Apply )

Rhodes Trust Scholarships for African Students at University of Oxford 2021