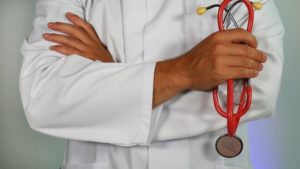 A medical career or profession requires attending a medical school and getting a medical certificate that proves your qualification.

Medical schools around the world provide students with quality medical education at different levels such as undergraduate, master’s, and even doctorate degree levels.

To help you to decide the best medical schools to apply for, Xscholarship has made in-depth research and you’ll find every piece of information in this post.

Why attend a Top medical school

Below are some of the best reasons why people choose to attend a top medical school and study medicine:

Often overlooked, this is one of the most convincing reasons why people go to medical school. After graduation, medical students have a broad range of opportunities for a future job in the field of Medicine. In fact, there are over 60 specialties to choose from and this includes working in hospitals, healthcare facilities, research labs, or being part of the medical department in other professional fields. Medicine graduates can also contribute to the legal work intended to verify medical errors and defend patients’ rights or manage health care costs in economic sectors or c. All these starts with choosing the right study path, including degree options such as:

When you graduate from a medical school or college in Europe, you can find a job and work in any hospital in America or anywhere else in the world.

for countries where English isn’t widely spoken in that country, you’ll need to learn the local language. This is essential as you will need to communicate with patients and try to understand their symptoms and the cause of them.

Below are some of the most popular countries offering Masters in Medicine:

Medical graduates or nurses can use their empathy and people skills to make a difference when it comes to alleviating people’s pain and suffering. Though it’s important, to be honest with patients, medical doctors encourage and give hope to patients.

4. Doctors are in high demand

According to the Telegraph, “the World Health Organization (WHO) projected that by 2030, low- and middle-income countries will have a deficit of 14.5 million healthcare professionals.” Therefore, the world needs more doctors.

In countries like the United States, the demand for healthcare professionals is so high. By 2028,  employment for nurses and doctors/physicians is expected to grow between 7-12%. This is according to the Bureau of Labor Statistics,

In Europe, the situation is reasonable compared to other continents like Asia or Africa. Yet, some countries need more doctors than others.

According to PayScale, below are the average salaries for some healthcare professions in the US,

These salaries are for those working in the U.S. As a medical graduate or doctor, have in mind that your salary will grow in time, as you gain more experience

Many students go into Medical studies because they were fascinated with the human body and wanted to know more about the organs, tissues, and how we function.

Therefore, medicine studies are not only focused on developing practical skills and working in a healthcare institution. You can focus on research and carry out experiments in labs, where you can conduct experiments, examine cells, and find new ways to improve our wellness and health.

Top Medical Schools in the World 2022

Top Universities for Medicine in the US & Canada

The US has 89 prestigious medical universities featured in the global top 500, including 20 in the top 50. In the top 5, Harvard University maintains its position at the top, joined by five other US medical schools to make up the top 10.

The United Kingdom has the highest medical school entrants of any European country in this year’s ranking. 41 out of the 500 top universities for medicine are based in the UK.

Germany has 31 schools featured in the top medical schools in the world. Ruprecht-Karls-Universität Heidelberg is on 42nd place. For Italy, there are 26 top universities for medicine, and two are featured in the top 100: Università Degli Studi di Milano (University of Milan) and Università di Bologna (UNIBO).

France has 17 top medical schools and Université Pierre et Marie Curie (UPMC) is at the top 100, while Spain has 13 and Universitat de Barcelona is the highest ranked at 51-100.

The Netherlands ‘ highest entrant is the University of Amsterdam at 36th, while Belgium’s Katholieke Université Catholique de Louvain (UCL) and Universiteit Leuven are each ranked 51-100.

Sweden has seven universities in the top medical schools in the world. The popular Karolinska Institute is at sixth (up from 10th last year), and there are two more in the top 100.

Finland and Denmark have five schools in the medical school ranking, while Norway has four. For Finland, the highest-ranked school is Finland’s University of Helsinki (51-100). The Denmark’s University of Copenhagen is ranked (37th) and 2Norway’s University of Oslo is ranked(101-150).

Ireland has a claim to six leading medical schools, including the National University of Ireland, Galway (NUIG) placed in the top 200. Switzerland has six schools, half of which are in the top 100. Portugal has five schools, with the University of Lisbon currently ranked between 251-300 this year.

Greece and Hungary have some of the world’s most prestigious medical schools with four representatives each, while the Czech Republic has three.

Top Universities for Medicine in Asia

China has Peking University and Shanghai Jiao Tong University among its two highest-ranked at 51-100. Taiwan has 10 medical schools featured and the National Taiwan University (NTU) is ranked at  46th place.

Universiti Malaya (UM) is the leader amongst Malaysia’s six ranked medical schools at 101-150, while Thailand’s Mahidol University (101-150) leads the way out of the country’s five entrants.

India makes its first appearance in the medical school ranking this year with two entries, while Indonesia also has two representatives, with the University of Indonesia featured at 301-350.

Also, home to one top medical school each is Singapore, Pakistan, and the Philippines, with the National University of Singapore (NUS) leading by far at joint 29th.

Of the 34 top universities for medicine from the Latin American region, almost half (16) is found in Brazil. The country’s highest-ranked medical school is the Universidade de São Paulo at 51-100.

Chile and Colombia have five top medical schools featured each, with Chile’s Pontificia Universidad Católica de Chile the highest-ranked at 101-150. Mexico has three entrants, led by Universidad Nacional Autónoma de México (UNAM) at 151-200, while Argentina has two, including the Universidad de Buenos Aires, which is also ranked 151-200 for medicine this year.

Venezuela and Uruguay are both new to the ranking with one entrant each, while Peru also features one representative.

Top Universities for Medicine in Africa & the Middle East

Elsewhere on the continent, Nigeria and Uganda both enter the medical school ranking with one entrant each, with Uganda’s Makerere University the highest ranked at 351-400.

And finally, 21 of the world’s top medical schools are found in the Middle Eastern region, with Iran home to the highest number (six), led by Tehran University of Medical Sciences at 251-300.

Finally, the United Arab Emirates, Lebanon, and Jordan each claim one institution in the medical school ranking each, with Lebanon’s American University of Beirut (AUB) the highest ranked at 251-300

Cheapest Colleges of Medicine in Canada, 2022