It is as expected of Law school candidates seeking furtherance of their education to be drawn to Canadian institutes and for good reasons. The first is that Law schools in Canada 2022 are relatively affordable in comparison to their counterparts in the United States. Also, how can one forget the beauty of the environment and its friendly people?

The LL.M schools in places like Toronto, Vancouver, and Montreal are usually crowded because they are the main cities in Canada. However, we have made a list of the best schools in Canada offering LL.M programs 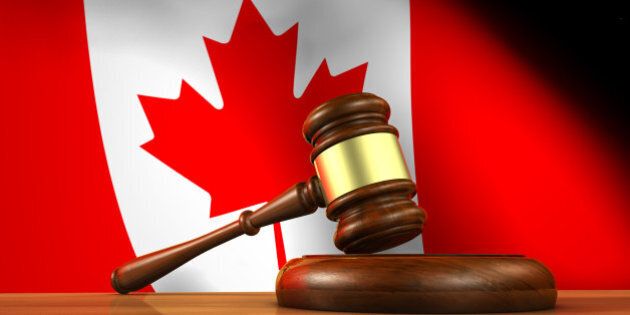 As at the time Maclean’s magazine released publications ranking universities, UofT had always come first on the list. This, therefore, makes the University of Toronto hold the reputation as one of the best schools in the country.

Some of the LL.M programs offered include but is not limited to;

The Masters of Laws

This program is as rigorous as it is flexible. It would be the best bet for candidates interested in advanced research and study.

Master of Laws with a Concentration in Business Laws

This faculty is the foremost Canadian body for learning about laws and regulations in regards to how they affect businesses both in Canada and abroad.

Masters of Laws with a Concentration in Criminal Laws

Criminal Law is a very diverse sector that boasts of such courses as theory, doctrines, history, policy, and a host of others. This faculty prides itself in dealing with core domestic and international public policy and social justice.

The average tuition for international students in the undergraduate category ranges from $26,000 – 28,000

The average tuition for International students in the graduate category ranges from $16,000  – 18,000

This school has a strong reputation that has caused it to sometimes be referred to as the “Havard of the North”. This title however might not go down well with some UofT supporters. The McGill University is one of the three English language universities in all of Quebec that demands that its students be passively bilingual in both English and French. The school however exempts LL.M students from this rule.

The core LL.M programs of the school are;

The average tuition fee for the undergraduate and graduate categories ranges from $14,000 – 18,000.

The school was established in 1889 and is held to be one of the best Law schools in Toronto. Osgoode Hall offers a variety of LL.M courses including but not limited to Canadian Common Law and International Business Law

The students are to complete education in two locations; Osgoode Hall Law School which is on the York University campus, and the other one at Osgoode Professional Development in downtown Toronto.

The school is located in Kingston, Ontario. It has been running its Law program since 1861 and runs its course from nine to twelve months. Asides from the general LL.M programs, Queen’s University also offers courses in Political and Legal Thoughts for students interested in the study of legal theories and legal philosophies.

Here are the LL.M programs it offers Full Time

Here is the only program it offers By Research

Peter A. Allard School of Law at University of British Columbia (UBC)

Located in Vancouver on the west coast of Canada is the scenic Peter A. Allard School of Law. The school offers fundamental LL.M training in Common Law and LL.M in Taxation. The school also helps students work through the primary requirements needed for practicing law in Canada.

ALSO CHECK OUT:  NYU Tisch Acceptance Rate And How To Get In Easily

Here are the LL.M programs it offers Full Time

Here are the LL.M programs it offers Part-Time

Where Dalhousie is located is right in the middle of the beautiful Nova Scotia of the Canadian province. Besides it’s natural beauty that poses as a major attraction to the institute, the university is rated as one of the top 15 law universities according to Times Higher Education’s ranking.

Here is the LL.M Full-Time program it offers

Here is the LL.M Part-Time program it offers

University of Alberta – Faculty of Law

The school started running in 1912. The university has the third oldest Law school in Canada. Be it coursework or thesis programs, the school offers LL.M in both. For candidates interested in Energy law, the school can open various networking doors in this field as it is the “Oil Capital of Canada”

Here is the program offered Part-Time

The Western University is seated in London, Ontario where it is also somewhere in the middle of Toronto and Detroit. It is also one in Times Higher Education ranking of the top 15 law universities in Canada. In 2006, the school launched its offers of LL.M courses by thesis as well as project-based research.

Here are the programs offered Part-Time

University of Ottawa – Faculty of Law

As the name implies, the school is located in Ottawa, Canada. It offers a variety of LL.M programs including one in Notarial law (this is exclusive only to French-speaking candidates). It offers LL.M in Global Sustainability and Environmental Law. It also offers LL.M in International Trade and Investment Law. The school is located in a Canadian capital city and so this means that it avails its students a buffet of opportunities in either the government or business sector.

ALSO CHECK OUT:  Hawaii Pacific University Acceptance Rate and How to Get in Easily

This is the only program offered Part Time

The school offers LL.M programs basically for French-speaking applicants. It has a variety of French language LL.Ms. However, it also makes provision for non-French speaking candidates to study LL.M in Business Law as regards Global Context.

Here are some of the courses offered Full Time

From the variety of options listed above, you can comfortably make a choice as to what institution best suits your preference. Regardless of what choice you make, know that each and every institute gives you a chance to sharpen your mind further, broaden your experience as well as give you a much deeper understanding of the LL.M field you have chosen to venture into. Each university also provides you a strong opportunity to network and root yourself firmly in either the government or business sector of the economy upon completion of your program.

If you are interested in Studying in Canada for Free, check out these posts on Scholarships in Canada