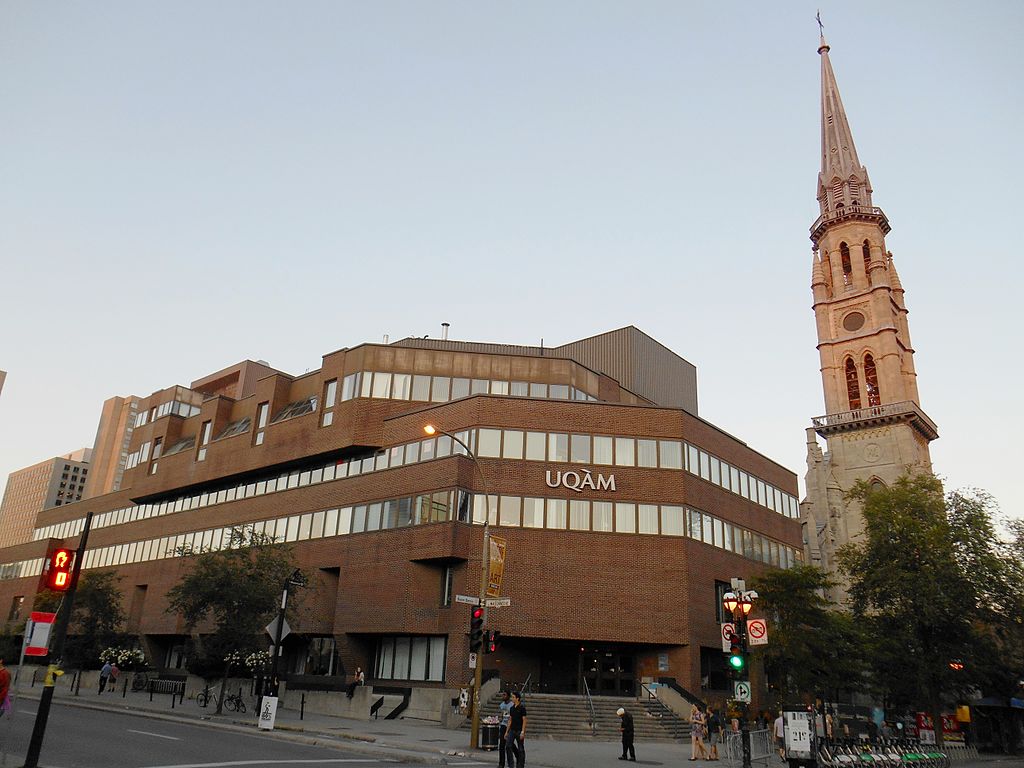 The University of Quebec

The University of Quebec is not just an institution. It is a system of ten provincially run public universities in Quebec, Canada. It’s run by and has it’s headquarters are in Quebec City.

The university system coordinates 300 programs for over 87,000 students. The government of Quebec founded the Université du Québec to be a network of universities in several Quebec cities. Similar to other Canadian provinces, all universities in Quebec have since become public.

In 1968, the National Assembly of Quebec created the University of Quebec system. It was largely in response to widespread student protests that had broken out in the autumn of that year. The university system was an effort to make available more University education for Quebecoise students.

However, Quebec did not have enough French-language universities to accommodate the new influx of students. Only 40% could get admissions from existing Francophone universities. Consequently, job prospects were poor for students who only had a certificate from a CEGEP. Therefore, the government thought it wise to make an adjustment. Then, that lead to the establishment of the University of Quebec system.

Between 1969 and 1970, Quebec made an addition of five universities to manage the influx of students. They were built in cities across the province so as to allow equal educational opportunities. So also, this was to assist areas where access to higher education had traditionally been limited.
In the 1970s, the network added a 6th university. This was the Université du Québec en Outaouais in Gatineau.

ALSO CHECK OUT:  20 Ph.D. Scholarships in Canada for Domestic and International Students

A close observation of that list would show you that most Institutions on the list are all University of Quebec. This is because they are all under the system. This therefore, compels them to be one school as such.

Higher education in Quebec differs from that of other provinces in Canada. Instead of entering university or college directly from high school, students in Quebec leave secondary school after Grade 11. After which they enter post-secondary studies at the college level, as a prerequisite to university. This level of post-secondary education allows students to choose either a vocational path or a more academic path.
However, tuition at the University of Quebec varies by citizenship. In-province and out-of-province students pay $3,500 and $7,500 respectively. However, international students, doing full-time Quebec programs pay well over $15,000 per year. These prices may vary with Institution and program type.

ALSO CHECK OUT:  The University of Texas at Austin Scholarships Opportunities 2022 for International Students

Residents of Quebec pay less tuition than non-residents of the province. This is because the Quebec government covers more in tuition for them. For example, the 2010/11 AY, at Bishop’s University in Lennoxville had Quebec residents pay 3,145.90 CAD in tuition. However, a Canadian, non-resident of Quebec paid 6,836.20 CAD. This is because the University is managed by the Quebec government for the province.

Scholarships and Grants at the University of Quebec 2022

As it is already known, the University of Quebec is a system of Universities. These universities are all in the province of Quebec. Consequently, they receive funding and management from the provincial government. As to this end, most of the scholarships available in the system are government fundings. Most of these fundings come in the form of loans and grants. However, external scholarships are also available. Consequently, these scholarships may differ from Institutions. Some schools have specific scholarship programs available to them alone.

According to http://www.uquebec.ca, most fundings are available from the school of choice.

However, some notable scholarship programs available at some universities are;

The Williams Scholarship offers $3,000 funding for a single student. This scholarship lasts for one year. However, the winner must have already completed an academic year.

The GenM Quarterly Scholarship helps students learn digital marketing. This is done through free online courses. The program is valued at $5,000.

ALSO CHECK OUT:  Whitman College Acceptance Rate And How To Get In Easily In 2023

There are a host of several other study grants and loans, but this would be best done by a student financier or the bursary unit at the University of Quebec. It is advisable to look through the funding from the university websites.

Although living in Quebec is relatively affordable, it could be difficult for someone who has no job. The cost of living would vary majorly on the location of the Institution. However, we have brought to you the average cost of living and expenses in Quebec, Canada.
The total estimated monthly expenses for a single student is around C$2,000. Some areas are more expensive than others, therefore, the prices may vary.
A breakdown of that price would come off as follows.

Housing may cost between C$680-1,250.
Feeding is relatively affordable as an estimate of C$280 should cover for the month’s expenses.
The monthly public bus ticket goes for $90 as utilities and internet could demand around $100. Laundry, personal care, and entertainment make up for the rest. This is largely unpredictable as different people make different choices.

Life at the University of Quebec is certainly an interesting one. The school offers you academic excellence as well as life experiences. It’s a friendly economy and visa permits can allow you to work and study. That is a great advantage. Canada awaits you.

You can check out other scholarship opportunities in Canada

Follow us on Instagram to get updates on Fully Funded Scholarship Opportunities in Europe and America
READ ALSO: Free Accredited High School Diploma Online for Adults

1 thought on “University of Quebec Tuition 2022: Scholarship and Cost of Living.”