Canadian and international students looking for a Film School to attend in Canada can read on to know the 15 best film schools In Canada 2021. 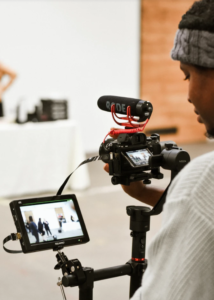 Good and affordable film schools in Canada can be quite hard to find and apply for, especially with the diverse aspects of film making careers like directing, camera operation, cinematography, scriptwriting, and producing. In this post, we’ve compiled a detailed list of the 15 best film schools in Canada 2021, as well as courses offered in these schools.

Cinema Studies Institute at the University of Toronto

Cinema Studies Institute at the University of Toronto was established in 1827 and is one of the best film schools in Canada.

Along with having other courses and deep study of specialized practical topics, the school also has a graduate program in cinema studies and a bachelors program in film study, aesthetic, technological, economic, and sociocultural theory and instruction.

ALSO CHECK OUT:  University of Quebec Tuition 2022: Scholarship and Cost of Living.

University of British Columbia Department of Theatre and Film

It was founded in 1908 and offers quality education in film making. It is one of the top-ranked 20 public universities in the world and the best three in Canada.

Also, there are quite a number of degree courses in the field of theatre and film offered at the school in the programs available in the undergraduate and graduate degrees of the UBC where they combine theories with real-life practice.

Moreso, Students of the school will be filming, editing, performing, writing, and designing with the guidance of successful industry professionals.

Capilano University School of Motion Picture Arts is one of the good film schools in Canada  in 2021 that offer programs which include Motion Picture Arts, 2D Animation and Visual Development, 3D Animation for Film and Games, Costuming for Stage and Screen, Digital Visual Effects, Documentary, and Indigenous Independent Digital Filmmaking.

This school was established in 1965 and focuses on real-life learning in collaboration with theoretical aspects from classrooms.  Students of Simon Fraser University are exposed to great opportunities to deepen their understanding of other fields in the arts.

The courses covered include the production of actual productions with established professionals and instructors.

ALSO CHECK OUT:  Williams College Acceptance Rate and How to Get in Easily

York University – School of the Arts, Media, Performance, and Design

The college was founded in 1967 and offers degree programs and online learning continuation courses in TV, Digital Media, and Film which are taught by established professionals in the film industry.

The university is one of the top-notch universities in the world established in 1841.In addition to numerous other courses, the university offers degree and graduate programs in Film, TV, arts, and Media.

Also, Queen university graduates are known to have an edge in the Film and TV industry.

Founded in 1963, the University of Windsor is one of the best film schools in Canada, offering graduate and undergraduate programs in film and TV studies

The teachings are taken by established professionals in the film and TV industries and the students get to combine classroom theoretical aspects with the real-life practice in production.

The University of Windsor

The school was established in 1948 and offers a degree program in visual arts.

The study system has a balance of studio, lecture and lab courses. This also includes both theories and real-life practical work in fine arts and in commercial production.

The Sheridan College was founded in 196. It offers professional courses in arts including film and TV studies, with one of the major focuses of the arts faculty of the College being the field of animation.

Graduates of Sheridan college have been known to win awards in the Oscar and Emmy, including nominations in these awards programs.

Established in 1964. Red Deer college hasan 4 year undergraduate program which can be done anywhere, including working on a real-life set for any current production. This is one of the best film schools in Canada.

There are two forms in which the production can take which are in the performance or productions sections with topics that cover acting, producing, directing, screenwriting, audition techniques, business and career path, cinematography, sound, digital editing, and production management.

Concordia university was established in 1974 and has several bachelors and masters programs for film and cinema. The studies include diversified opportunities in courses of film and arts.

The courses are taught by staff professors, established professionals in filmmaking and other media artists.

The graduate programs include education in cinema, animation, digital media, and even installation and implementation of exhibition and projection technologies.

Last on our list of best film schools in Canada 2021 is the George Brown College of Applied Arts and Technology, Canada. Here, the visual effects and interactive media courses are the major courses in the Film and TV studies in the school.