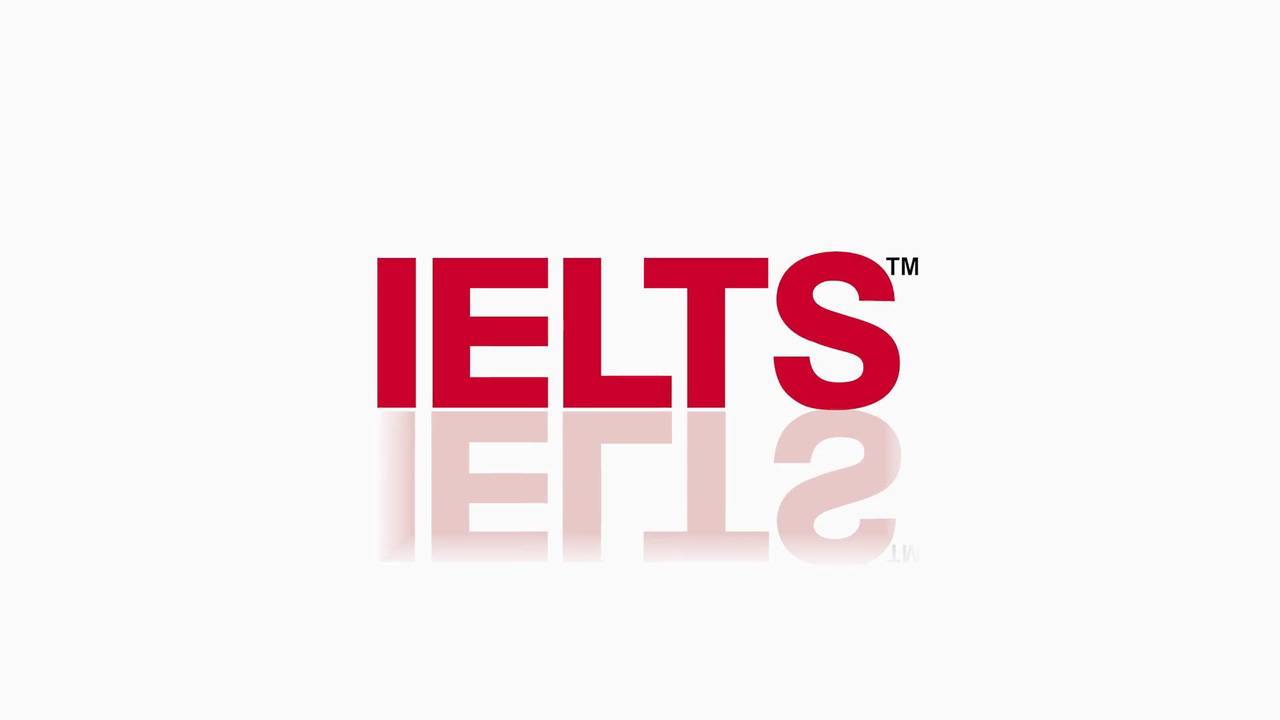 Starting from the ski slopes of British Columbia to the prairie province of Manitoba, with cities such as Toronto, Montréal, Vancouver, and Quebec which are widely acclaimed for being friendly, tolerant, and multicultural.

A Brief Overview of Canada as a country

Canada occupies the northern half of the North American continent. The North American country is famous for its pure beauty. Very few nations in the world can boast anything close to its wealth of forests, lakes, and mountains and its multicultural diversity.

Indeed Canada is a great place to study if you are a student who wants loves to explore. The country has an official bilingual status. They speak English and French and those languages are used simultaneously in official and government documents.

Also, it is worthy to note that Canada is a country with a sparse population (despite being the world’s second-largest nation, it has a population smaller than that of one US state, California) majorly due to the very harsh winters.

In a few parts of Canada, snow covers the earth for nearly half an entire year. Obviously, you are not likely to obtain some Canadian university degrees in those polar regions!

Competitive entrance exams including SAT, MCAT, LSAT, GMAT, GRE, IELTS, and the TOEFL are required for international students. The standard is that if you wish to study outside your country, you should score high in one or more of these exams.

Although most times what determines any of the aforementioned exams that can be taken solely depends on your course of study and study destination.

These exams are required for all levels which include undergraduates, masters, or Ph.D. levels.

We are all aware that thousands of aspirants migrate to various parts of the world every year to complete their higher studies. Whilst the global study abroad scene has opened up tremendously to accommodate students of all academic backgrounds and interests, there are still certain preset academic standards that need to be met in order to gain admission to a university or college abroad.

These are achieved by being outstanding in competitive international entrance exams. Good performances in competitive ‘study abroad’ exams also improve your chances of winning scholarships and other forms of financial aid.

Some of the most popular, and most important, international entrance exams for foreign studies include the SAT, MCAT, LSAT, GMAT, GRE, IELTS and the TOEFL. These exams are required for admission to universities and colleges in various countries worldwide. Most times, the need may be a combination of one or more of these and other tests/examinations specific to that country and its education system. This varies depending on the course applicants wish to study and institution requirements respectively.

All You Need To Know About TOEFL vs IELTS

It is safe to say that the TOEFL and the IELTS top the list of required international exams to study abroad considering the number of students across the globe who have to undertake one of these exams to demonstrate English language proficiency.

Alternatively, the IELTS is a mandatory exam for Indian and other non-native English speakers, especially in the Commonwealth countries, for entry into most reputed universities and colleges overseas, and occasionally for immigration requirements as well.

The IELTS, which is conducted by the British Council, is held in 71 centers across Nigeria over four times a month.

All You Need To Know About GRE vs GMAT

The Graduate Record Examination (GRE) is another popular examination among International students hoping to study in the USA or Canada. It is a fairly standardized test that measures the verbal, mathematical, and general analytical skills of the candidate, though the exam format has been updated over the years.

This is an admission requirement for many graduate courses, especially in engineering and the sciences, in the USA. Management aspirants need to take the GMAT, which is an assessment for admission into business colleges.

The average GMAT scores are in the range of 570-580. However, for highly rated schools, a score of at least 700 is almost compulsory. New sections have been introduced recently, such as Integrated Reasoning, which has made the test more competitive than ever before.

GRE and GMAT tests are available throughout the world in more than 500 locations, though it is advisable for you to book your slot ahead.

All You Need To Know About SAT

The Scholastic Aptitude Test (SAT) test is required for entry into some universities in the USA. This exam is of two types depending on if you have not completed an equivalent before.

ALSO CHECK OUT:  Acceptance Rate Georgetown University and How to Get in Easily

The SAT is exclusively owned, developed, and conducted by the College Board of the United States of America.

Within the USA, the SAT is offered seven times a year, generally on the first Saturdays of October, November, December, January, March, May, and June. The majority of other countries follow the same dates.

All You Need To Know About MCAT and LSAT

Other competitive examinations that determine if you can study abroad include the MCAT and the LSAT which are mandatory for getting into medicine and law respectively in the USA.

The MCAT is a multiple-choice test that is designed to evaluate the examinee’s aptitude and knowledge about relevant subjects, while the LSAT is administered by the Law School Admission Council for students who wish to pursue a career in law in the USA, Australia, and Canada.

These competitive entrance exams are a standardized and reliable mode of evaluating the millions of applicants who aspire to study abroad yearly.

Taking a good look at these alternative exams you will agree that one of the barriers regarding studying in international universities is the requirement for a good grade in one or more of these exams.

This often makes it a cumbersome task for students who tend to appear for these tests repeatedly to earn better scores and gain admission into top universities.

Thus, To make it easier for students to gain admission easily, several universities in Canada have started waiving off the requirement of scores of some of these examinations. One of the most popular waivers is that of the IELTS.

Why You should consider Canada

The North American country ranks as one of the top ten places in the world to live in according to a United Nations survey. Canada’s major cities are known for their high standard of living, cultural activities, and safety, which makes them attractive places to study, work and live.

Initially, IELTS was the first test recognized by the Canadian immigration authorities, so before now, if you are thinking of studying in Canada, IELTS is the right test for you. You can find more information about Canada’s immigration procedures on the Citizenship and Immigration Canada website.

Canadian universities have recently discovered that students who have completed their degrees from a recognized educational institution and have received their instructions in English often show a good degree of English knowledge either reading, writing, or speaking skills.

Hence, they felt it made sense to do away with the requirement of an English language proficiency test like the IELTS that has a minimum score requirement of 6.0, to make it easy for students to apply for higher education in Canada. Hence you can now gain admission to Study in Canada without IELTS, GMAT, and others like Exams.

ALSO CHECK OUT:  NYIT Acceptance Rate and How to Get in Easily

Students who apply to universities in Canada that do not demand the submission of IELTS scores, however, need to submit certain documents to support their claim of English language proficiency.

These may include requisite certificates, documents stating that the medium of instruction in the first or last obtained a degree was English, transcripts, and the like.

The remaining parts below need editing

Study in Canada in 2022 without IELTS and GMAT

Top universities that do not require IELTS scores In Canada

Some of the general rules governing the non-requirement of IELTS scores are that students are either native English speakers; or, students hailing from non-English countries have received formal degree education of three or more consecutive years in English.

Besides, students who have completed either an O-Level or A-level examination also earn an IELTS exemption.

Individual universities have their set of exemptions and requirements to prove applicant’s English language proficiency. The following is a list of universities in Canada that offer this exemption:

Will there be visa hindrances if IELTS scores are not provided?

Canada has introduced new student visa regulations that not only help ensure that international students genuinely study in the country’s universities, but also gives them certain levels of freedom to work.

For instance, while earlier prospective students only needed to show an intent to study in Canada, now they need to prove their enrollment in a college that accepts international students to be eligible for a visa.

Hence, students applying for visas without providing IELTS scores need to ensure their enrollment in the university of their choice that does not require the IELTS papers. While the college of their choice does provide them with a letter of admission, students may provide supporting documents to prove their English language proficiency when applying for a student visa.

What’s more, students can now no longer stay on a study permit beyond 90 days of completing their course. This is to ensure that students do not switch to short-term programs after enrolling in a long-term degree course.

Such moves with stringent regulations are set to help Canadian authorities curb the inflow of study permit holders unwilling to pursue studies, and instead ensure that genuine students are issued student visas.