FRIDA’s call for proposals for Frida Young Feminist Fund 2022 For Young Feminist Activists is now open. If you are a young collective working from a feminist perspective, this opportunity is for you! 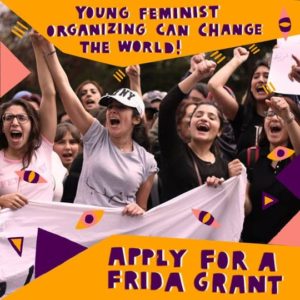 If you are a person with a disability and are having trouble applying, please send an email to: proposals@youngfeministfund.org

You do not need to be a legally registered organization to apply.

Priority will be given to:

At the moment, FRIDA cannot provide support to the following: