If you’re interested in getting into a prestigious higher education institution in the US, then consider the Ivy League schools In the US 2022 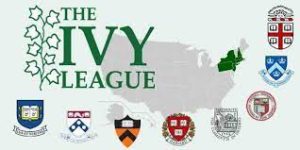 Located in the Northeast, the Ivy League schools are known to be the most sought-after institutions of higher learning in the United States and around the world. They are popularly known for their high academic excellence and are referred to as the home to some of the most brilliant minds in academia.

The majority of people associate these terms with universities that are quite difficult to get admission into because prospective students’ applications must be really extraordinary to get in.

But there are a few more interesting facts worth knowing about the Ivy League schools.

Below are the schools that make up the Ivy league in 2022:

Despite their high standards of academics and admission, the Ivy League is technically an athletic conference of 8 highly competitive athletic schools, all having a strong focus on sports and making excellent student-athletes.

The 8 Ivy League schools have quite a lot in common, from rich academic histories and graduates with high academic performance to rivalries in football and debates over which school is more exclusive than the others. There are well-respected professors, ample research grants, and generous financial aid resources. 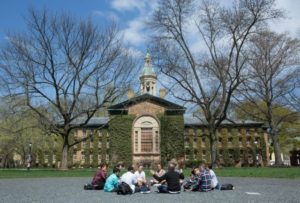 Princeton University is a world-renowned research university and is considered the fourth-oldest college in the country. It is said to have been established more than 270 years ago

At Princeton, there are 8 popular majors, first-rate academic resources, from specialized libraries to state-of-the-art laboratories, and even an art museum on campus. With a 5-to-1 student-faculty ratio, students are allowed to benefit from small class sizes and one-on-one advising relationships. The university also has one of the highest four-year graduation rates in the nation. 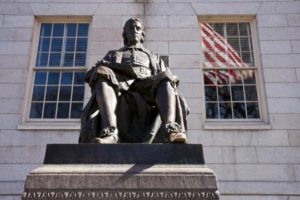 Harvard University is one of the most selective private research universities in the Ivy League schools and also the oldest institution of higher education in the U.S.

There are more than 100 research centers on campus and the extensive library system houses the oldest national collection and the largest private collection worldwide. 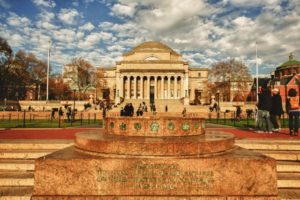 Columbia University consists of three undergraduate schools: Columbia College, the Fu Foundation School of Engineering and Applied Science, and the School of General Studies and provides housing for up to four years.

It is known to be the birthplace of many significant technologies and platforms in the U.S, like the FM radio and the first college gay rights advocacy group.

Students have access to a lot of academic resources on campus, 22 libraries; 200 and more research institutes, centers, and laboratories, and thousands of internships. Columbia provides housing for up to four years, and more than 90% of undergraduates live on campus. 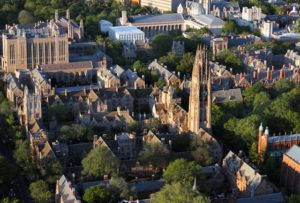 Known as the Yale School of Drama for its drama and music programs, Yale University has 12 professional schools, including the country’s top-ranked law school and highly ranked schools of medicine, management, art, and nursing.

There are 5 majors in the university and the students can take advantage of global learning opportunities, from studying abroad to embarking on international internships and directed research. It was also the first university in the U.S. to award doctoral degrees 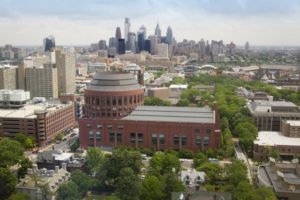 Founded in part by Benjamin Franklin, the University of Pennsylvania has the largest number of international students of all the Ivy League schools and offers a mixture of world-class liberal arts coursework and preprofessional education.

Pennsylvania’s top-ranked graduate schools include the Wharton School, the School of Engineering and Applied Science, the Perelman School of Medicine, and the education and law schools.

Dartmouth College is popularly known as the birthplace of the programming language BASIC and from there, a lot of other computer innovations developed. Dartmouth has Native American graduates among its alumni than any other Ivy League institution.

There are more than 50 research-focused centers, institutes, and groups and more than 60% of classes have fewer than 20 students. Students are allowed to learn in an intimate setting as well as study through off-campus programs.

The college is made up of the highly ranked Tuck School of Business, which includes the world’s first graduate school of management, the Thayer School of Engineering, and the Geisel School of Medicine. 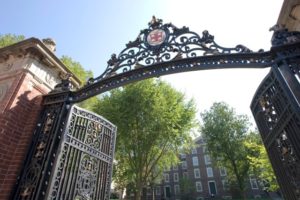 In Brown University, there is an open academic program for undergraduates that comprises a rigid multidisciplinary study in more than 80 areas, including egyptology and assyriology; cognitive neuroscience; and business, entrepreneurship, and organizations.

Every first-year student is required to live on campus and undergraduates have access to more than 500 clubs and organizations to choose from. 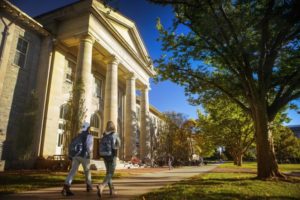 Its two largest undergraduate colleges are the College of Arts and Sciences and the College of Agriculture and Life Sciences. Cornell SC Johnson College of Business, Weill Cornell Medical College, College of Engineering, and Law School are among the graduate schools.