If it interests you to study at Howard University, read on to know Howard’s university’s admission, courses offered tuition fee and ranking. 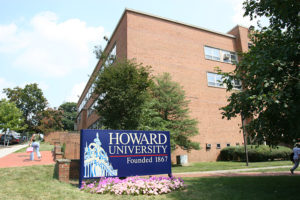 Because of how culturally rich and diverse Howard University is, the school welcomes international students from all over the world. In this post, Xscholarship is about to detail everything you need to know about Howard University, how to study at Howard University, available courses offered, tuition Fee, rankings, acceptance rates, and rankings.

Howard University (HU, in short) is a private historically black research university in the United States of America and accredited by the Middle States Commission on Higher Education.

HU offers various undergraduate, graduate, and professional degrees in more than 120 study areas. The campus is also home to the Howard University Gallery of Art.

In recent years, The School has also been named as the second best-dressed college in the United States by the Huffington Post and the university’s nonsectarian reputation also makes for a fascinating blend of cultures, customs, and languages which has been said to be unparalleled on any other university campus in the world. The school has produced a Marshall Scholar, two Truman Scholars, four Rhodes Scholars, twenty-two Fulbright Scholars, and ten Pickering Fellows all between 1986 and 2017.

Howard has a student population of nearly 11,000 students with a total undergraduate enrollment of 5,899 students. The school has always distinguished itself as a nonsectarian institution that is open to people of all sexes and races.

This historically black college (HBCU) which has the highest concentration of black scholars in the world, with 86.1% of its student body African-American/Black, is also home to a rapidly increasing number of scholars from Africa, Asia, Europe, the Middle East, South, and Central America.

It comprises students from all the 50 states of the nation with regional distribution of New England 2%, Mid-West 8%. South 22%, Mid-Atlantic 55%, and West 12%, and over 100 countries, with its international students making up about 4% of the total student population.

According to the official school’s website, since its founding in 1867, Howard has awarded more than 120,000 degrees and certificates in the arts, the sciences, and the humanities.

More Information about Undergraduate Majors, Graduate, Doctorate and Professional programs can be found on the field of study page on the university’s website here https://www2.howard.edu/fields-of-study

Howard is classified as a Tier 1 national university and ranks second among HBCUs by U.S. News & World Report. It’s National Universities ranking is 110 in the 2018 edition of Best Colleges by US News and World Reports.

It is the 2nd best among seventy-four HBCU schools in the United States, It ties as #62 in High School Counselor Rankings and it is ranked #75 in Best Value Schools.

Howard is the only HBCU ranked in the top 75 on the Bloomberg Businessweek college rankings.

The Princeton Review also ranked the Howard school of business first in opportunities for minority students and among the top five for most competitive students.

Howard’s Law School is also ranked among the top 25 in the nation for placing graduates at the most successful law firms by the National Law Journal.

Howard University is recognized as a higher education institution with a selective admissions reputation.

HU has a financial endowment of $685.8 million. The average cost of Tuition and Fees after financial aid for students receiving grant or scholarship aid is $25,697.

A few years ago, 1,270 (86%) of the 1,476 full-time freshmen enrolled in various programs in the university were found to have financial need. Of these numbers, Howard could meet the full financial aid needs of 316 freshmen.

Scores for either the ACT or SAT test are due April 15. Information about the school’s admission, the application process, and financial aid can be found on its official website here https://www2.howard.edu/admission

Study in Welch College: Tuition, Scholarships and Costs Of Living