Interested in attending the UCLA Medical school? If yes, read on to know the UCLA medical school tuition in 2021. 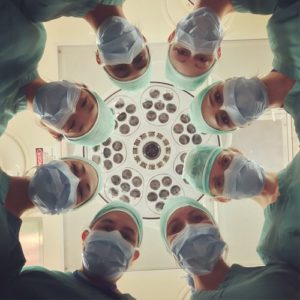 Founded in 1919, the miracle of Westwood UCLA is one of the most popular schools in California and the United States.

Attending UCLA and its medical school is a dream for many intending medical students because of the university’s flair for excellence and balance in both academics and sports.

However, it is not free. Tuition fees are to be paid if one is to study at this prestigious school, and it is very important to know-how. Knowing how to pay, how much to pay, and how to go about paying is just as important as being in school itself.

Over $4 billion is spent on medical tuition every year. Medical students spend over $60,000 every year, which usually does not include the cost of room and board, and amounting to about $350,000 over a four year period including room and board. Therefore, it is obviously imperative to understand how to pay your UCLA medical tuition when it comes up.

History of the UCLA

UCLA was founded in 1919, and has been an institution to thinkers, entertainers, athletes, scientists, and many others for more than 100 years, and it continues to be so.

UCLA started out under a different name when it was founded. The small university, at the time, only offered a two-year undergraduate degree program tailored toward teacher training. A few short years later, with the opening of new buildings, the name of the university officially changed. In 1927, the UCLA full name University of California, Los Angeles, was adopted, and it’s been that way since.

UCLA faculty members have won Nobel Prizes in chemistry, economics, and physics, as well as the Fields Medal in Mathematics, National Medals of Science, and Pulitzer Prizes. The university boasts of successful alumni in academics, sports, music, and politics, and its motto which reads “Fiat Lux” or “Let there be light.”

History of the UCLA medical school

UCLA medical school has witnessed many amazing things since it was founded. Most of these good things have been a result of the caliber of students that UCLA admits into its midst. In 1956, the first open-heart surgery in the western half of the United States was performed at the UCLA medical center.

The medical school’s first 28 students – 26 men and 2 women – began attending classes in the fall of 1951. Classes were initially held in what had been the reception lounge of the old Religious Conference Building on Le Conte Avenue.

Aside from a lecture room, there were five laboratories. In 1951 there were 15 faculty members; by the time the first class graduated in 1955, that number had nearly tripled, to 43.

Many other discoveries and advancements took place at the UCLA medical school, such as when a member of faculty and an alumnus discovered a test that helped make transplants successful. Many more goods things are taking place there and it is all thanks to the faculty and students of the school.

In 2002, the UCLA medical school was renamed the David Geffen School of Medicine in honor of David Geffen, the billionaire founder of Dreamworks after he bequeathed the school with $200 million.

ALSO CHECK OUT:  Best Engineering Schools in California in 2022

David Geffen has so far given the medical school more than $450 million over the course of his philanthropy career, and today offers merit-based scholarships through the David Geffen Medical Scholarship Fund.

Some facts about UCLA

With an acceptance rate of 4%, more than 8000 applicants applying for less than 200 spots, and a competitive class, the UCLA medical school is a good place to be.

It is quite expensive to attend medical school. According to Surveys carried out by the Association of American Medical Colleges, nearly three-quarters of medical school graduates leave school with as much as $200,000 debt. The fact remains that the fees must be paid.

Rising costs of medical tuition, high costs of applying, and attending medical school deter students from low-income backgrounds from pursuing a career in medicine and this is something that many have worked towards cutting down.

Philanthropists, free-willed donators, and medical colleges contribute regularly towards offsetting this costs, but there’s still work to be done.

This brings us to the tuition of UCLA medical school in 2021. The university charges different fees for in-state students and different fees for out-of-state students. The application fee at the University of California Los Angeles David Geffen School of Medicine is $95. Its tuition is full-time: $36,374 (in-state) and full-time: $48,619 (out-of-state).

UCLA David Geffen School of Medicine has an application deadline of October 1 each year. Divided into three phases – Human Biology and Disease, Core Clinical Clerkship, and 4th Year Colleges, the medical school’s curriculum is a healthy one.

Students can also pay in person at the cashiering office (Payment Solutions & Compliance Office) that are processed the same day or through the mail where it may require up to ten business days to be processed once received.

Students who may have financial difficulties due to issues beyond their control and may be unable to pay will be considered as all those who apply for medical school are considered for scholarships under the $100-million David Geffen Medical Scholarships Fund which covers the entire cost of medical school for all four years, including tuition, fees, books, supplies, room and board, and other expenses.

The scholarship, which is 100-percent merit-based, encourages exceptional students to apply to the DGSOM. Recipients of the David Geffen Medical Scholarships are free to pursue a career in whichever field of medicine they want, from primary care to the most complex specializations, without the burden of additional debt for their medical education.

This post has clearly detailed everything you need to know about paying the UCLA medical school tuition.

10 Medical Scholarships in USA 2022 for Students from Developing Countries