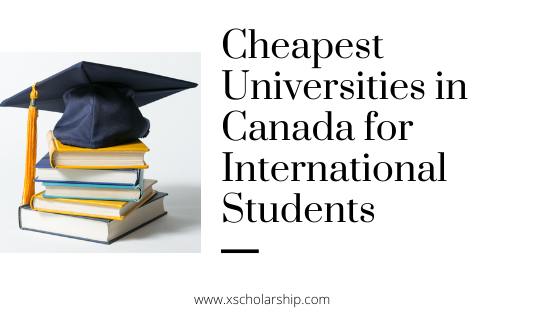 Reasons why you should study in Canada

Canada places a lot of importance on education and maintains very high standards in education. A degree acquired from Canadian universities is recognized globally and is valued highly in the international job market. Canada is renowned for its research-intensive universities. Canada is ranked 4th in the world for scientific research.

The choice of schools in Canada is wide and varied, from major research institutions to small liberal arts schools & universities offer a wide range of undergraduate, graduate, and professional degree programs in a very flexible model. Canada has 100 universities, 200 colleges & renowned institutes, accredited language schools as well as specialized institutes.

Canada offers not only quality education, but education that is affordable for international including Indian students. Compared to countries like the UK, the USA, and Australia, the cost of education in Canada is quite moderate. (Also read: Cost of Living in Canada & Accommodation for Foreign Students in Canada)

Canada has the best-educated people and the highest literacy rate in the world. Canadians live longer than anyone on the planet, except people in Japan and Iceland. Canada’s prime cities Vancouver, Toronto, and Montreal have been recognized as world-class cities to live and work, for cleanliness, safety, cultural activities, and attractive lifestyles. Two Canadian cities have been rated as the most student-friendly cities in the QS rankings’ top 10 list for 2017.

A very important factor for most Indian and other international students while choosing a study abroad program is the safety and security of the country and the city in particular. Parents are worried about the safety of their children and factors like a crime against women, racial discrimination, theft, and burglary play an important role while choosing a destination for study abroad. In this respect, Canada is one of the safest places to study with very low crime rates and cases of racial discrimination. Statistics by Numbeo reveal that Canada’s safety index (62.42) is much higher than the safety indices of another popular study abroad destinations such as US (49.99), UK (57.9) and Australia (57.94).

Canada has a multicultural environment with people of all religions, races, and cultures. The people of Canada are extremely friendly and welcoming. The multicultural environment gives students an opportunity to interact with people of all backgrounds and ethnicity. There are numerous communities and associations of which you can be a part and get a feeling of a home away from home. The multicultural environment also helps you find restaurants serving ethnic and traditional Indian foods. You can contact your international student advisor to find out about the ethnic club or association you can join to soak in the homely feeling of the country to which you belong. No wonder that Canada has the 7th largest student population in the world, with 2,65,000 international students studying at various levels of education!]

ALSO CHECK OUT:  Berklee College of Music Acceptance Rate And How To Get In Easily.

This is the average cost of Canadian universities with low tuition fees for international students. So, kindly check the tuition links that I have listed below with each university to figure out the exact tuition fees for your major and program.

5. The University of Winnipeg

ALSO CHECK OUT:  How to Become a Professor; the Fastest & Easiest Steps

For Scholarship Opportunities in some of these Universities  Click Here

19 thoughts on “Cheapest Universities in Canada for International Students 2022”